WE GUIDE HISTORIC TOURS IN NORMANDY 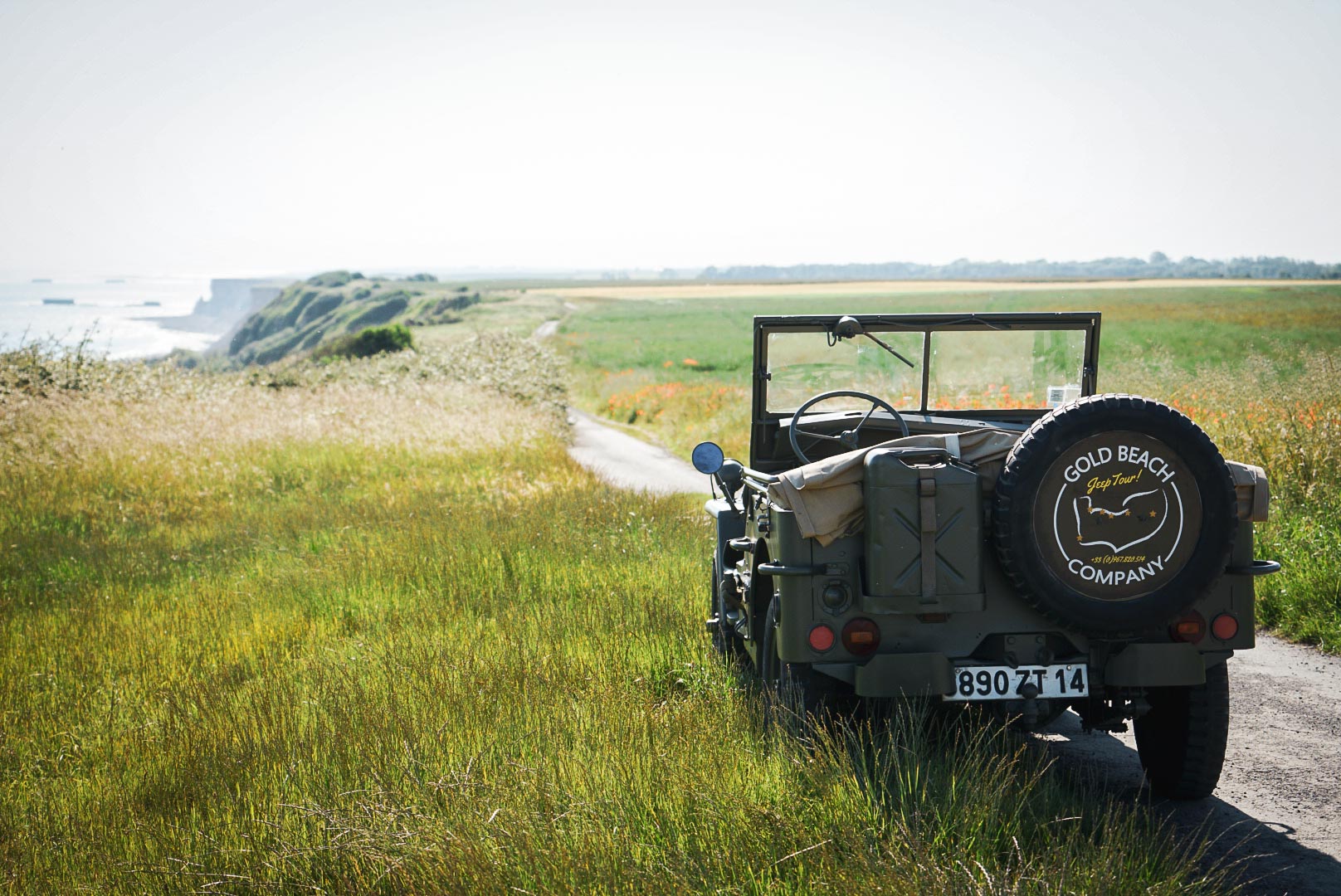 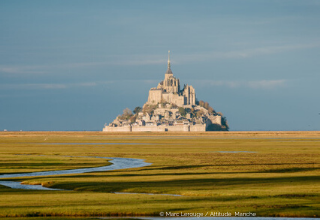 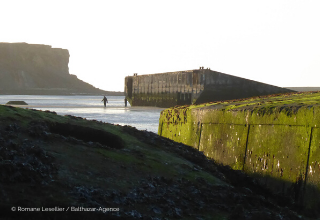 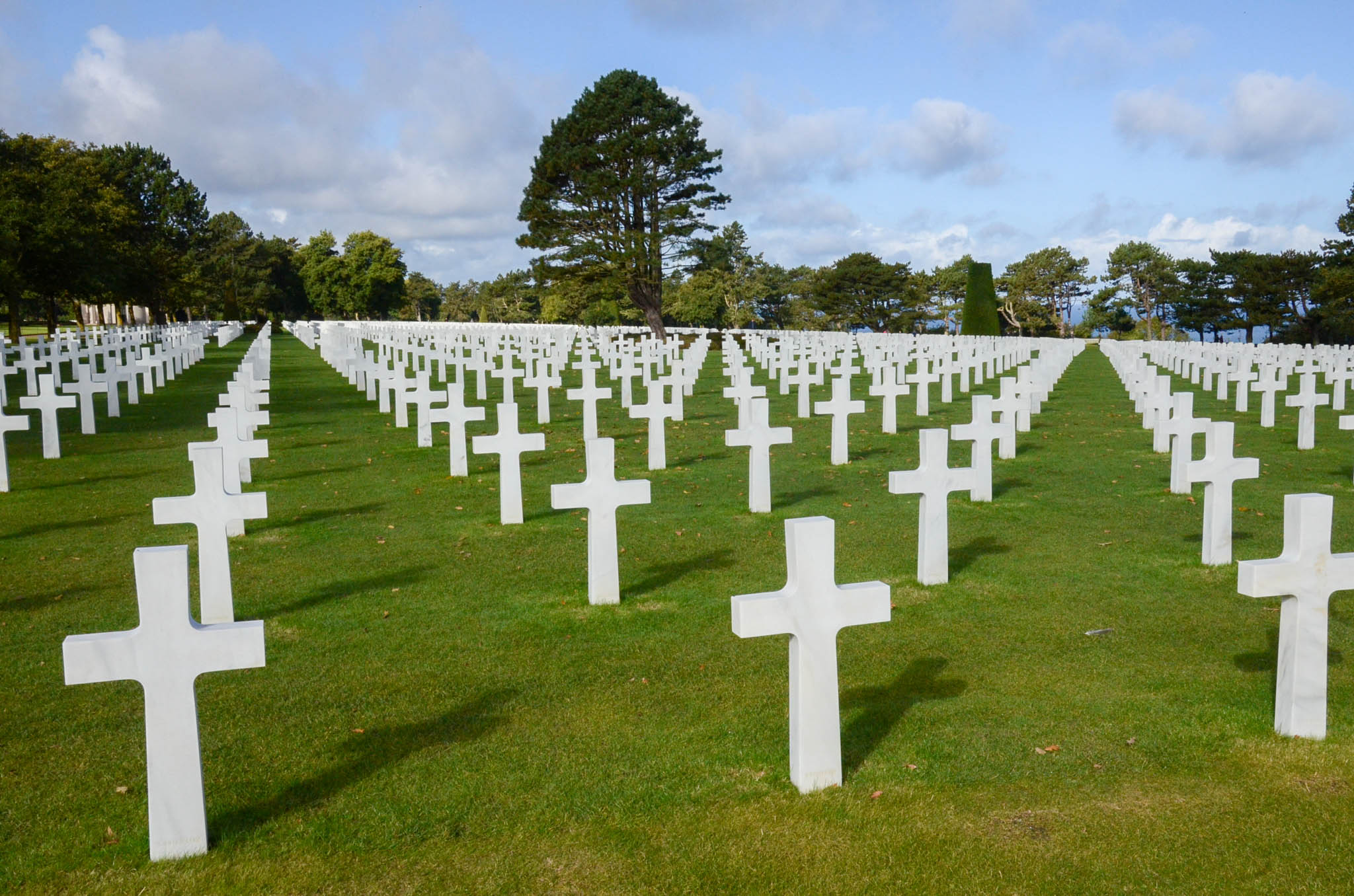 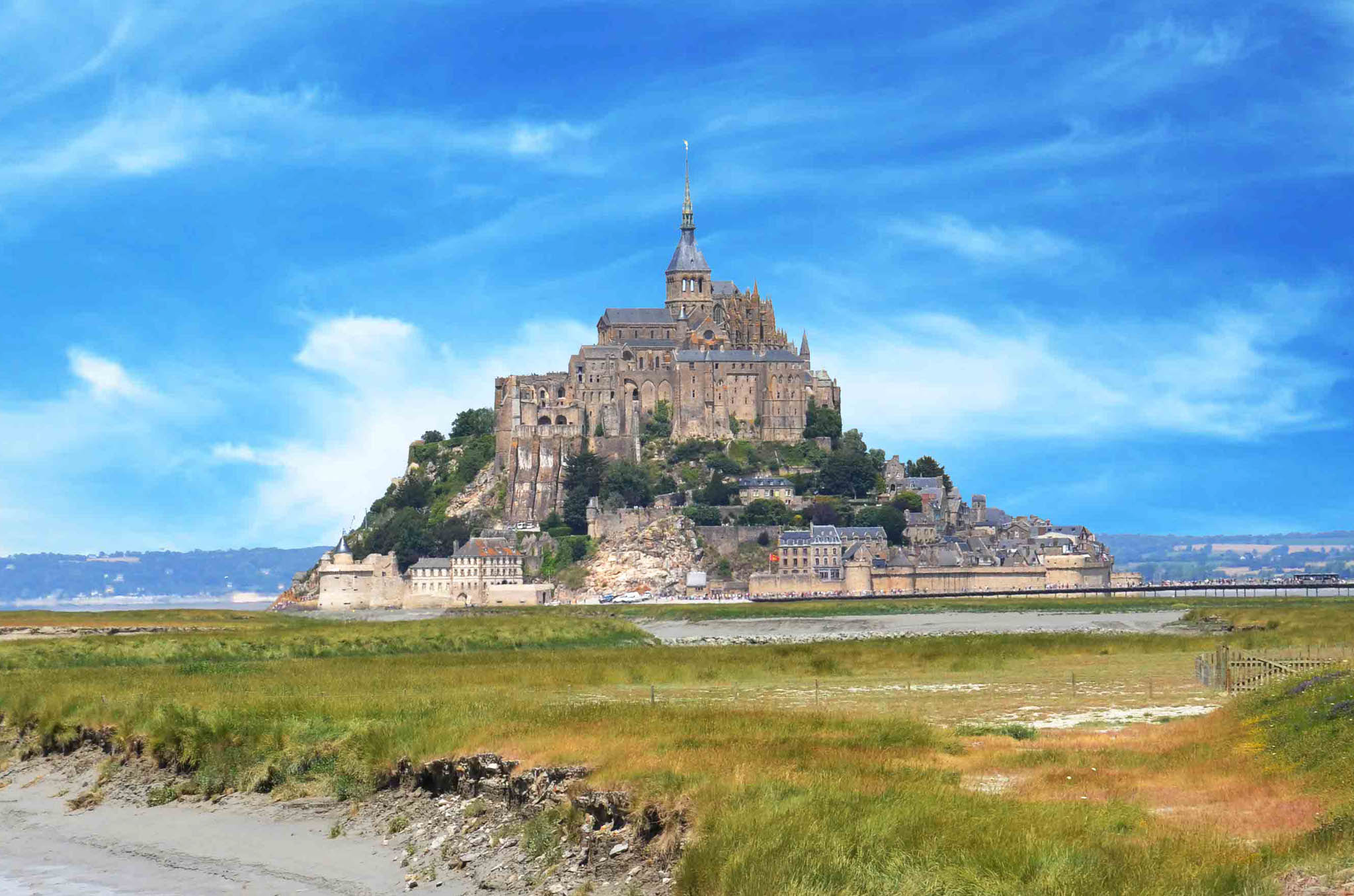 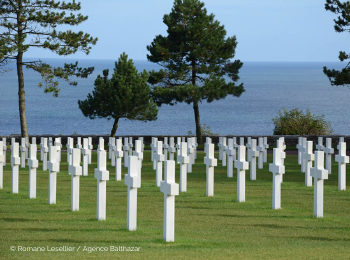 Coming to Normandy, without planning a stop at this place is now unthinkable. The Normandy American cemetery is also impressive and imposing. 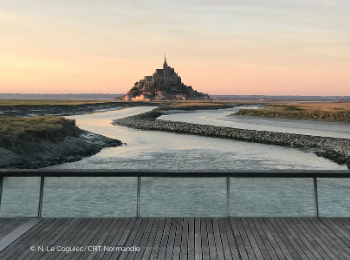 From this Abbey you will overlook one of the most beautiful and largest sea bay in the world. Its appearance and colors change every moment making it a unique place. 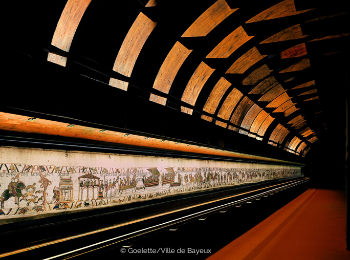 Step into the conquest of England in the medieval age. Enjoy this 70m long unique embroidery. It tells the epic adventure of William the Conqueror in 1066.

Focus on our guide Éric 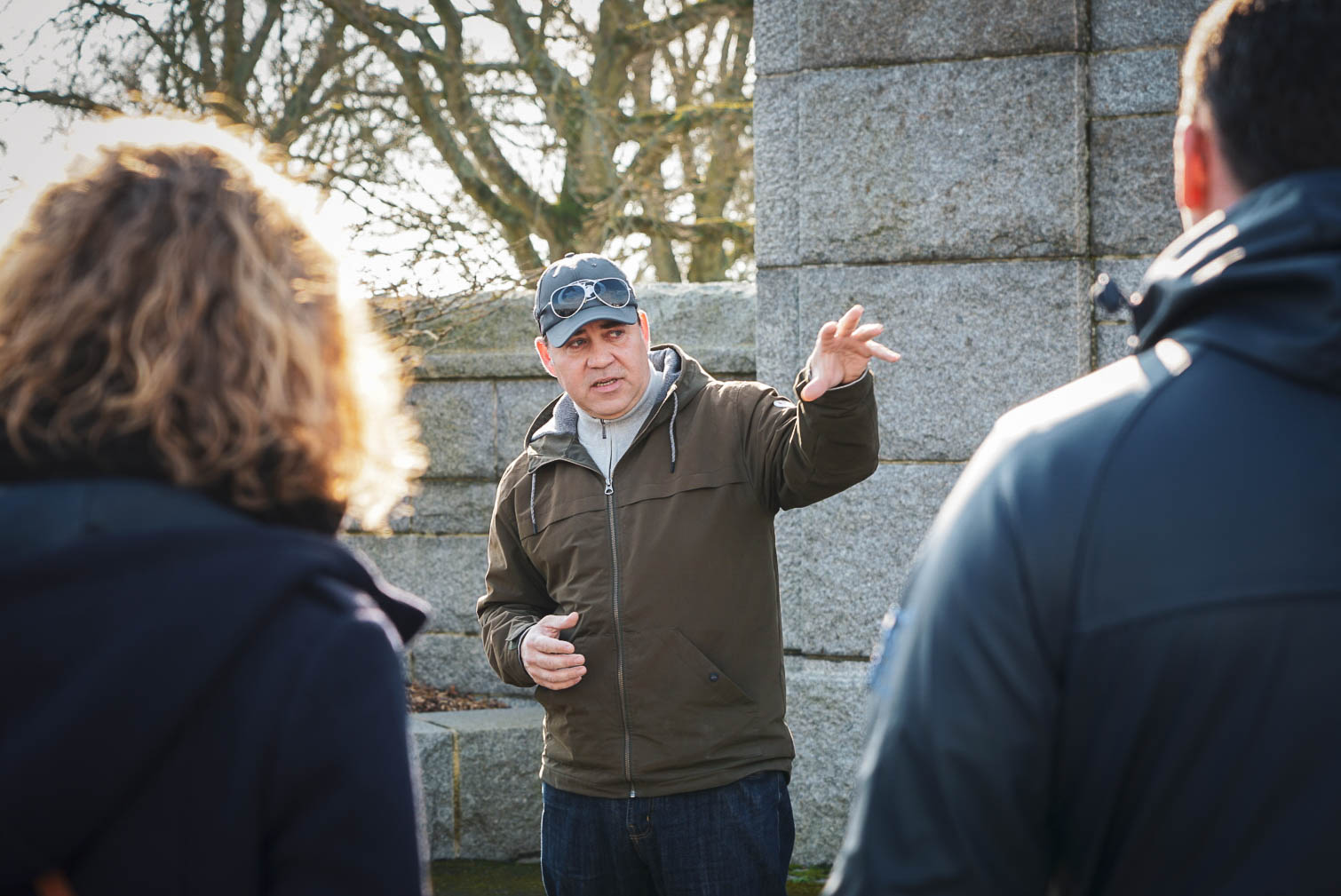 Eric comes to us from Montréal, Canada. Fully bilingual, Eric has guided thousands of people on the Normandy battlefields, from the veterans themselves, to the desendants and folks who just want to honor the soldiers who fought here. Eric was a stage and film actor in Canada before coming to France in 2011 where he began his career as a guide at the Utah Beach Museum, then the Normandy American Cemetery and Memorial, and eventually guide with Gold Beach Company. Having a family member who was actually in the Normandy Campaign was definitely a motivation to do this type of work. 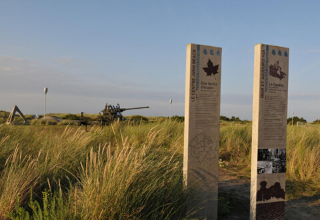 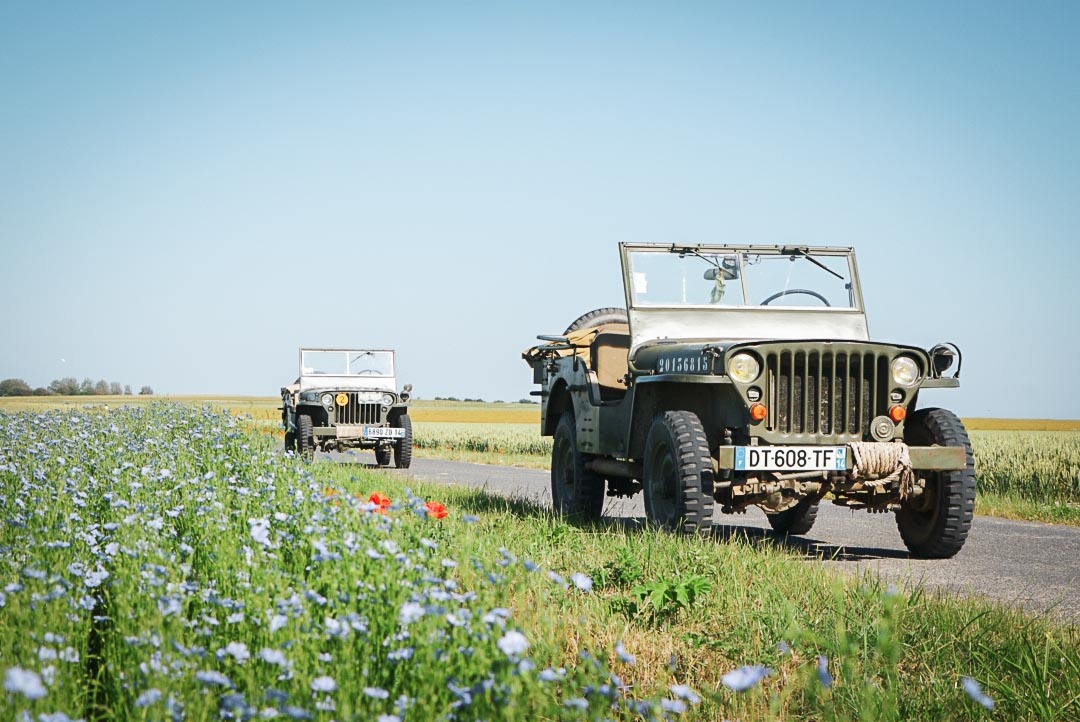 Tours, guides and information tailored to each audience and age group

A comfortable and air-conditioned vehicle (except Jeep)

Dear Philippe m We are back on the yacht on our way east tomorrow . This is an  assessment report of your services which   were” top class “ especially Matt  who  was  almost perfect in every way ….. he is really  knowledgeable, very courteous  and a very pleasant person to be with.  He was always there with his book full  of very interesting  information always well-presented  he really went out of his way to show and explain to us   so such interesting historical information and … finally  he worked  well past his hours to make sure we saw everything … we thoroughly enjoyed  the  whole two days . Thank you so much  ! JCT

So happy to have taken the full day Gold Beach tour. Adeline was smart and articulate, leaving us with deep impressions of the Allies’ assault, what worked, what failed and why. She added details that went beyond the basic facts: the important topography; details of a stained glass window and stories of individual heroes that we’d never learn on our own. The flag lowering ceremony at the cemetery at Omaha Beach was something we’ll never forget.

Eric was my guide for the day & he was very, very knowledgeable and personable. Made for a great day. We saw Saints-Mare-Eglise church statue of American paratrooper dangling from roof. Saw the Airborne museum, Pointe du Hoc, Utah & Omaha beaches plus the American Military cemetery. Eric was an encyclopedia of information & was very helpful with my questions. I would highly recommend both Eric & Gold Beach Co to schedule your visit to Normandy.

Guide was excellent and knowledgeable. We went to Utah and Omaha beaches, Pont du Hoc, and the American Cemetery. Very moving.

Normandy is very rich in history you just might find yourself as well find yourself in the boots of a soldier in 1944 on Omaha Beach or in that of a knight in Medieval times on Mont St Michel. This region is inexhaustible, even great painters like Claude Monet have taken up residence in Giverny and have been able to develop impressionism there.  Gold Beach Company is first of all one of the pioneering companies offering for almost 20 years a service of guidance on the sector of Normandy. Its enthusiasm and its constant questioning have made this company a reliable source.  You are about to experience an exceptional moment, filled with emotions, which will allow you to pay tribute to these men and women who sacrificed their lives for Freedom. Our guides are not only there to show you the great sites but there to make you relive an experience as delicate as art, robust like the medieval and strategic like the Second World War.